Importance of Reconstructive Surgery in Patients with Skin Cancer

Cancer is a disease that instills fear in people’s hearts. In the erstwhile times, the disease was almost untreatable, and many doctors used to say, “Cancer has no answer.” Thanks to the evolution and advancement of medical science, presently, cancer is mostly treatable. Various semi conservative as well as surgical treatments have emerged, including the use of modern drugs for chemotherapy, which greatly increases the chances of survival. However, its treatment may lead to many side effects and one of them is skin problems.

The development of surgical scars

The problem that arises after cancer treatment is the issue of scar formations. As surgical procedures are commonly involved in the treatment, most people develop surgical scar and other deformities. This is more pronounced in case of skin cancer removal, as the diseased part is usually excised out. This may lead to significant scars as well as disfigurement of skin. Though this issue rarely affects the physical health or functionality of the person, it quite often disrupts the mental and social wellbeing of the patients. Thankfully, plastic surgery has a solution for this. 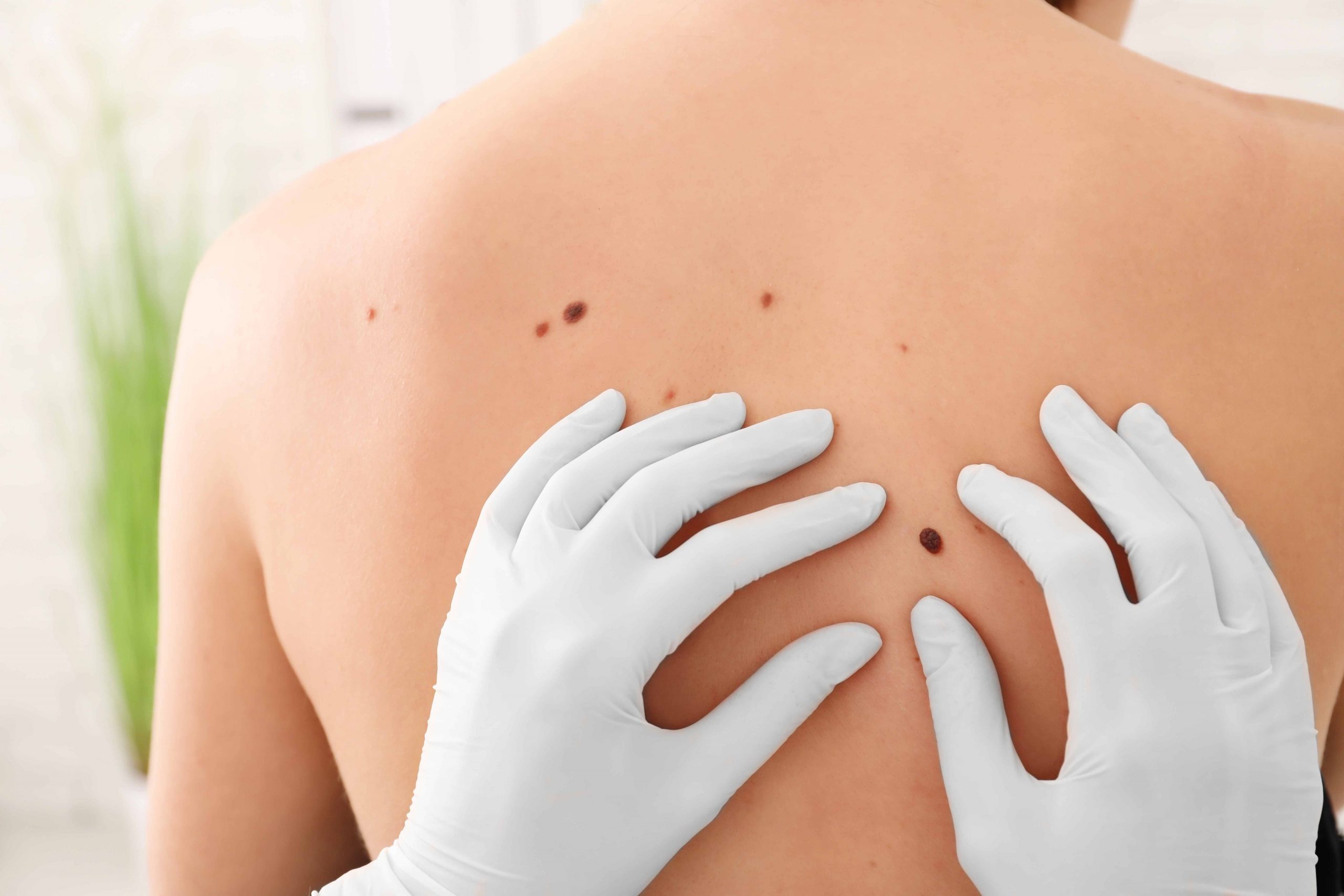 Plastic surgery is a special surgical procedure that aims to restore, reconstruct or alter parts of the human body. This is classified into reconstructive surgery and cosmetic surgery. In case of skin cancers, reconstructive plastic surgery can restore the original appearance of the person and alongside, minimizes the loss of function, if any. This reconstruction after skin cancer involves a stepwise process, details of which are as follows.
1. Administering anesthesia to the patient
Any form of invasive procedure such as surgery is bound to cause some amount of pain to the patient. This pain not only makes it uncomfortable for the patient, but also increases difficulties for the surgeon in performing the requisite surgery. Administering anesthesia helps to almost nullify the pain, hence making the patient calm and less anxious. Surgeons mostly prefer local anesthesia for smaller defects as it is safer and convenient. However, they may also use intravenous sedation and general anesthesia at times.

2. Removal of the lesion
This is the most vital step involved in skin cancer removal. In case of small or well contained lesions, the excision process is relatively easy and the scar of the incision is small. Hence, the incision is easy to close and cover in such a situation. However, this is more like an ideal scenario and cancer rarely stays in a boundary. What is visible from outside is merely the tip of an iceberg, and there may be a larger mass buried deep inside. Since cancer cells infiltrate healthy tissues, the margins of the lesion are ill defined. Thus, the surgeon removes the whole chunk of the lesion in such a case along with a portion of the healthy tissues. A portion of the tissue is sent for biopsy so that the pathologist can confirm what type of cancer cells are present, and the surgeon proceeds according.

Mohs surgery modifies and improves this procedure further. Here the surgeon sends multiple samples of the tissue for biopsy and keeps on excising till the pathologist confirms that there are no signs of infiltration in that tissue. This process is usually more accurate and has better prognosis. 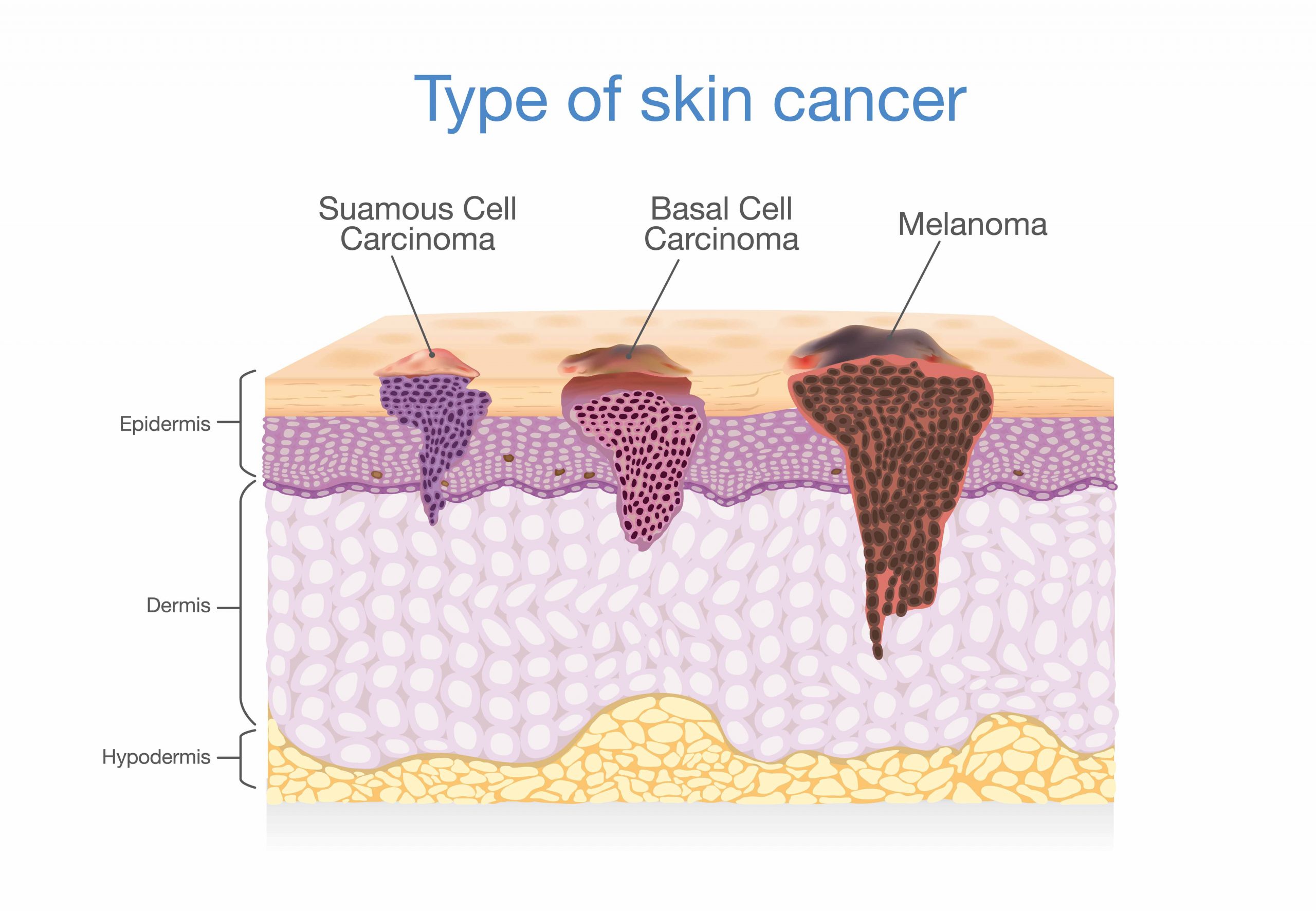 Reconstruction after skin cancer is necessary if a significant portion of the tissue had been excised. Local flaps are the preferred method of surgery. In this process, an adjacent healthy tissue is made into a flap to cover the scar. It is sutured in such a way that it maintains the surface anatomy of the part of the body. Different types of flaps are used depending upon the type of scar, its location, and the surface anatomy. Another way to reconstruct is by using skin grafts. Here, the surgeon takes a thin section of the skin from a remote location on the body and sutures at the site of the scar. Some operations may involve the use of more than one technique.

Then there are situations where large composite tissue needs to be reconstructed, for example in the cancer involving the mouth may involve jaw bone, inner lining muscle and the outer skin. Such cases need more elaborate reconstructive surgery. This is the most challenging scenario for a reconstructive surgeon where he may reconstruct through microsurgical technique for free flap reconstruction. In this Bone, skin along with its blood supply is taken from distant parts which can be sacrificed without much loss of function and then attached to the blood supply in the area of defect. This needs a much higher skill set to be successful.

After the surgery is successful, the patient recovers from anesthesia. The surgeon closely monitors the patient for some time and then will give approval for discharge. Based on the type of surgery recovery would take different levels of care and follow up.

Risks and side effects of reconstruction after skin cancer

No medical procedure is safe. Patients should give consent after being fully aware of the procedure, alternate procedure (if any), and risks and benefits involved in all procedures. Some of risks of the surgery include:
•Allergic reactions to suture and topical medicines
•Altered perception of sense at site of surgery
•Infection
•Damage to structures lying deep
•Relapse of skin cancer or its systemic spread
•Graft rejection
•Risks of general anesthesia

The treated area may encounter some common signs of inflammation. The patient should apply topical medications and take proper care of the site as instructed by the surgeon. He should protect the treated site from injury and infection. Movement of the involved body part should be restricted for a certain period.

Plastic surgery may provide respite to patients of cancer by reducing their scars and even improving functions. Treatment of skin cancer often leaves ugly scar and can even lead to disfigurement. Plastic surgery is hence necessary after excision of the lesion. However, it is wise to be aware of the procedure, risks and benefits before opting for reconstruction surgery after skin cancer removal. Proper knowledge about your health condition prepares you better for the most helpful treatment.